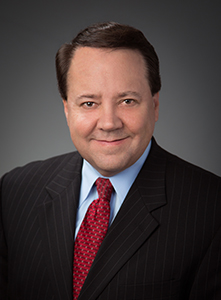 In October of 2017, the Ohio Business Roundtable announced the hiring of former Congressman Pat Tiberi as President and CEO of the Roundtable. During his 17-year tenure in the U.S. House representing central Ohio, Tiberi served as a senior member on the House Ways and Means Committee which has jurisdiction over tax issues, Medicare, Medicaid, Social Security, and trade agreements. He also served as chairman of the Ways and Means Subcommittee on Health where he worked to improve the quality, affordability, and accessibility of healthcare. Tiberi also served on the Subcommittee on Tax Policy, which he chaired from 2011 to 2014.

Throughout his time in Washington, Tiberi was a tireless advocate for comprehensive tax reform that would create a fairer, more transparent and more competitive tax code. Immediately prior to Tiberi departing the House, Congress passed the biggest tax reform in a generation, to make our businesses more competitive, create jobs, and provide much-needed relief to American families. Similarly, in his final year in the House, Tiberi served as Chairman of the Joint Economic Committee, where he worked with members to examine economic policy and to help grow the economy.

Earlier in his congressional career, Tiberi served as the chairman of the Subcommittee on Trade, where he helped lead the effort in the House to pass Trade Promotion Authority (TPA) — a timeline and process that outlines how Congress will consider trade agreements, ensuring transparent trade agreements to hold the administration accountable. His work on trade policy helped grow the economy by knocking down barriers and opening new markets to American and Ohio goods and services creating more jobs. The son of Italian immigrants, Tiberi has been a lifelong resident of central Ohio. He is a 1985 graduate of The Ohio State University and was a member of The Ohio State University Marching Band. He began his career in public service as a member of the Ohio House of Representatives. Prior to being elected to Congress, he worked as a realtor. Pat and his wife, Denice, are the proud parents of four daughters.