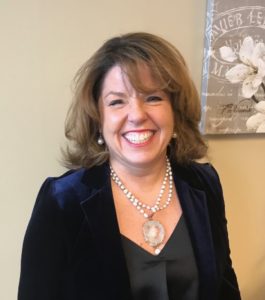 Lisa A. Gray is the founding president of Ohio Excels. Gray’s career has been dedicated to improving the educational outcomes of ALL of Ohio’s students.

Prior to leading Ohio Excels, Gray had her own consulting practice specializing in public policy development, government relations, advocacy, strategic planning, and project management with an emphasis on public education. Her clients included the Bill & Melinda Gates Foundation, Achieve, Inc., Philanthropy Ohio, Battelle for Kids, Ohio Business Roundtable, Teach for America, Jobs for the Future and the Office of Governor Taft, among others.

Prior to starting her consulting practice, Gray was the Director of Policy and Communications at Battelle for Kids from 2001-2005. In 2000, Gray served as the Project Director of the Governor’s Commission for Student Success. The bi-partisan commission, appointed by Governor Taft, developed recommendations for improving Ohio’s K-12 public education system.

Gray also served as the Deputy Executive Assistant to Columbus Mayor Greg Lashutka. Prior to joining the Mayor’s office, Gray served in a number of positions at the Greater Columbus Chamber of Commerce.

Gray graduated from Indiana University in Bloomington, Indiana, with a BS in Elementary Education. At the start of her career, she served as an elementary school teacher. She and her husband have four wonderful sons, all of whom have been educated in Ohio’s public schools.