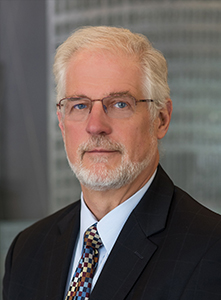 Joseph D. Roman (Joe) is president and chief executive officer of the Greater Cleveland Partnership (GCP), one of the nation’s largest metropolitan chambers of commerce with more than 12,000 members throughout northern Ohio. The organization is governed by a Board of Directors of more than 70 CEOs and business owners who lead small, mid-sized and the largest companies in Northeast Ohio, as well as the region’s major health care and educational organizations.

GCP’s current areas of focus include implementing its new strategic plan Forward CLE, preserving competitive air service at Cleveland Hopkins International Airport; helping to reform the Cleveland Metropolitan School District and public education in the city; and continuing to support the development of Cleveland’s downtown business district, lakefront and other major projects throughout the region. Other priorities are addressed through GCP’s advocacy platform, one of the most robust efforts by a U.S. metro chamber.

In addition, the organization works through its small business division, COSE (the Council of Smaller Enterprises), to support small business growth and its diversity and inclusion division to play a leadership role in advancing inclusion within the northeastern Ohio employer community.

Roman previously served as executive director of Cleveland Tomorrow, an organization that was committed to pursuing projects and initiatives that were fundamental to the long-term economic vitality of the region. During his tenure, Cleveland Tomorrow was recognized by Harvard Business School as one of the most innovative and successful regional business organizations in the country.

Earlier in his career, Roman worked on Capitol Hill as both a congressional staff person and as a lobbyist for manufacturing trade associations. He has a bachelor’s degree from the State University of New York and a master’s degree in public administration from Harvard University.

His board memberships include, the Cuyahoga County Convention Facilities Development Corporation, City Year Cleveland and Cleveland Development Advisors, an affiliate real estate investment fund of the GCP. He is a member of the Cleveland State University Community Board, Downtown Cleveland Alliance, MAGNET, Team NEO, and Chairman of Ohio Excels.